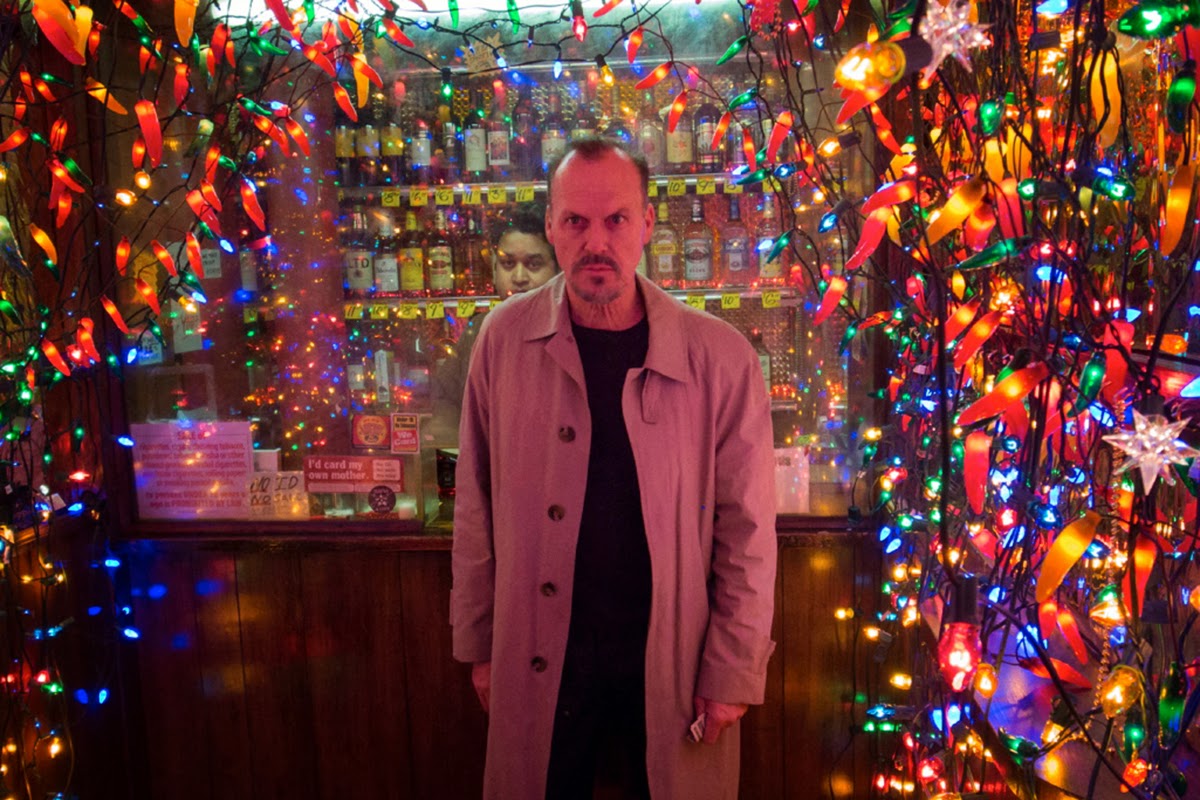 The first film I've seen in 2015 is going to be a tough one to beat. Alejandro González Iñárritu's majestic Birdman or (The Unexpected Virtue of Ignorance) stars Michael Keaton in a fantastic Oscar tipped comeback role and showcases a welcome lighter tone for a director whose previous films have all been very earnest; Amores Perros, 21 Grams, Babel etc.

Aside from a small montage towards the end of the film and some time-lapse transitions between day and night the film is made to resemble one long take, the camera following the characters in and around the St. James theatre in New York where Keaton's Riggan Thomson is attempting to relaunch his acting career. The single scene takes are stitched together invisibly, often as the camera follows characters through the theatre's dark winding corridors. It's a technique that cinematographer Emannuel Lubezki used in fellow three Amigo Alfonso Cuaron's Children of Men back in 2006 and one shot in particular, where the camera travels from up in the gods down to the actors on stage, reminded me of Soy Cuba. Lubezki won an Oscar for his pioneering work on last years Gravity and once again proves that he is capable of making the seemingly impossible look effortless, but the whole camera department should be applauded - the camera operator and focus puller deserve Oscars too!

I also loved Antonio Sanchez percussion heavy score. Made up almost entirely of Jazz drums it makes a change to the repetition and cliche that are so often heard in film scores. It reminded me of Stewart Copeland's score for Rumblefish. You even get a glimpse of the drummer in a couple of scenes tying in the music with the free flowing style of the visuals.
Posted by Andy Hague at 16:28