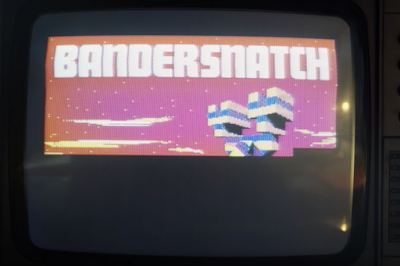 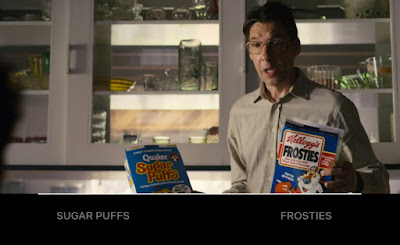 It's no surprise that Netflix approached Charlie Brooker to offer him the chance to be the first filmmaker to test the interactive capabilities of their software, seeing as the theme that runs through all his stand alone Black Mirror episodes is new technology and it's effect on society. Black Mirror is mostly set in the near future or an imaginery parallel present but for his interactive episode Bandersnatch Brooker decided to go retro, setting it in the world of 1980's computer programming where he began his career, (he started out reviewing games for the computer magazine PC Zone).

In the style of a 'Choose Your Own Adventure' computer game viewers are asked to make decisions throughout the drama of varying significance, from choosing which breakfast cereal someone should eat to choosing whether to kill off a main character. Each decision takes the viewer on a different route through the narrative thus making the viewing experience for everyone a unique one.

I found the experience of watching Bandersnatch interesting yet stressful and ultimately frustrating. It reminded me of how a film feels from within the cutting room, a constantly moving story with endless alternative scenes and possibilities. I can appreciate how hard it must have been to shoot and put together but for me it highlighted the fact that when I’m watching drama I don’t want to control it, I want to relax and for someone else to have already decided where the narrative is heading.
Posted by Andy Hague at 16:51