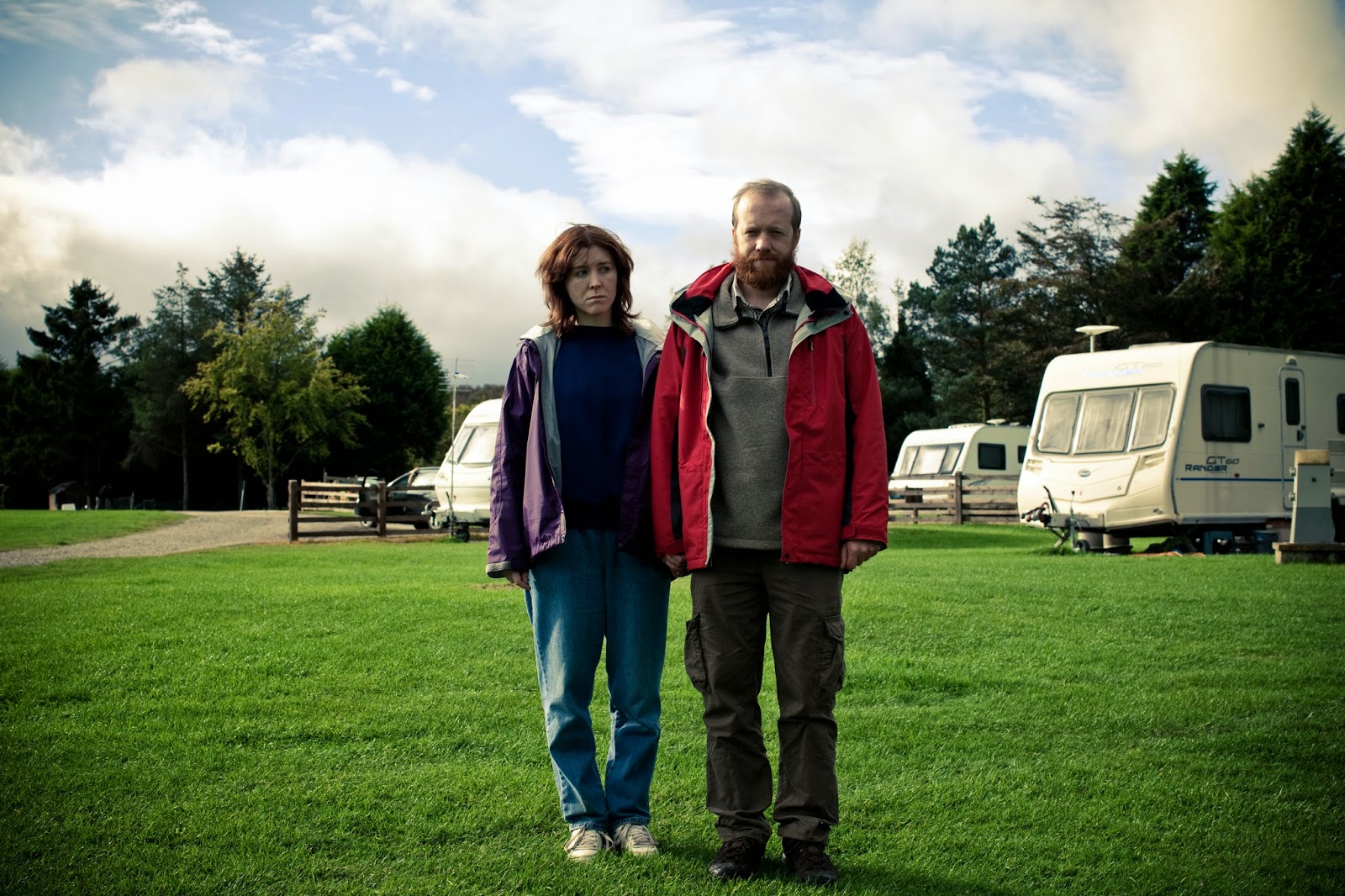 Sightseers, a pitch black comedy that pokes fun at the eccentricity of middle England and it's rather stuffy heritage industry, is the third feature film by Ben Wheatley, one of England's most exciting young directors.

The genius of Sightseers lies in the way it takes a staple subgenre of cinema; the lovers on the run picture, usually associated with the lush open highways of America and transposes it to the smaller, somewhat less exciting English countryside.

Caravan nut Chris takes his sheltered girlfriend Tina on a tour of his favourite UK tourist spots such as the Ribblehead Viaduct, the Keswick Pencil Museum and the National Tramway Museum in Crich. As the holiday progresses it gradually dawns on her that unassuming Chris is actually a psychopathic serial killer and it doesn't take much for her to join him in a murderous vendetta against campsite irritants. Their hilarious exploits are tinged with melancholy and as the murder count adds up their relationship starts to deteriorate.

With a similar hands-on working ethos to Shane Meadows, Ben Wheatley always manages to get the most out of a modest budget with a small team of trusted collaboraters, notably his wife (and co-writer/ co-editor) Amy Jump.

The Internet has played a big part in Wheatley's filmmaking development. He discovered early in his career that it was the easiest way to showcase his work to a large audience and built up a cult following by uploading hundreds of virals and short animations to his and Amy's Mr & Mrs Wheatley blog including the 10 second long Cunning Stunt, a clip of his friend Rob Hill jumping over a car that has had over 10 million hits.

His debut feature, 2009's Down Terrace, the darkly comic tale of a dysfunctional family of British gangsters introduced Wheatley's highly original blend of kitchen sink realism and black comedy, Mike Leigh meets Quentin Tarantino. This was followed by the astonishing Kill List in 2011, a visceral horror film with one of the most remarkable endings of any British film in recent memory.

For his third feature Wheatley teamed up with comedy writer/ performers Steve Oram and Alice Lowe who had created the characters of Chris and Tina seven years previously and were on their way to developing them for a TV show before the project came to the attention of Executive Producer Edgar Wright who had directed Lowe in Hot Fuzz.

Sightseers received unanimous praise when it screened at the 2012 Cannes Film Festival. Peter Bradshaw of The Guardian compared it's extremely British deadpan humour to Mike Leigh's Nuts in May and said 'there are even traces of Victoria Wood and Alan Bennett, whose gentler, observational comedy is turned into something nightmarish, bringing in an exquisitely horrible Readers' Wives aesthetic.'

Wheatley's work continues to break boundaries. His follow up to Sightseers, last year's A Field in England - an unclassifiable psychedelic period piece set in the English Civil War, became the first film to be given a multi-platform release. It came out at the cinema on the same day it was shown on TV, released on Blu-Ray/ DVD and made available for online streaming.
Portable Pictures are holding a special launch night screening of Sightseers on April 26th at The Salt Cellar, Totterdown Bapist Church, Wells Rd, Bristol BS4 2AX. The doors open at 7.30pm, the film starts at 8pm.
Posted by Andy Hague at 10:14